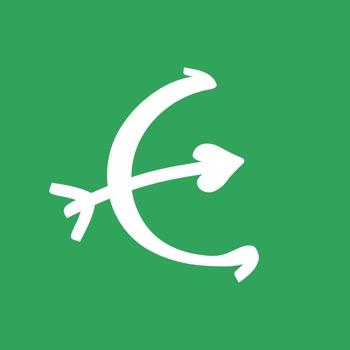 Over time a theme emerged in therapy, one of many. A sense of needing to be seen and heard in a basic, elementary manner. To have a voice. To be the surrogate for the voice of a child without a voice. Using guided processes, I gained access to hindsight and honed my ability to focus it. Many recollections flooded in. Not a rushing flood, frenetic and destructive, but a tidal flood, slow and certain. The result was that two bodies of water, one fresh, one salt, blended into a brackish-salty-indistinguishable mix, each carrying its own truth.

And the motif of being seen carried into all parts of my life. As a sailor living on a sailboat, as a CEO reportedly birthing a startup, and as a man getting to know himself as a boy. Knowing when to be seen became a theme more relevant than ever. It also came in ways I didn’t expect, revealing blindsides of which I was previously unaware. There were patterns emerging. In terms of my internal experience, I found parallels in how I react and get triggered in my personal life to how I respond in my professional life. The two were growing more and more indistinguishable.

This concept needing to be ‘seen’ flows seamlessly across all areas of my life— through love, through friendships, through business transactions. I could write volumes about all of the and perhaps I will someday. What I have promised you here is a Founder’s Blog. The telling of this startup’s story. So, allow me to just get down to it.

Looking for Code That’s Not Looking Back

As a startup, or any business for that matter, there are many paths that lead to being seen. Limitless ways to shout from the virtual mountaintop, to send signals, to raise awareness, to gain “reach.” For the countless ways that there are to be seen, there are exponentially more opinions about the best way to pursue each. A balance of art, science, and nerve. At first, DatePerfect bounced around, trying different approaches, haphazardly to say the least. But the one constant I had tried to instill in our team was this: we will live or die as a company based on SEO.

I’d said those exact words so many times, I’ve lost count. And I should have appreciated the possible foreshadowing, the dramatic irony of it all. But I didn’t. I made assumptions that we knew more as an organization than we actually did, and that we were all pulling in the same direction. It’s easy to see in hindsight that we were not. But at the time, I didn’t have the knowledge or resources in place to audit the bravado of others. I failed at that.

I will spare you a voluminous explanation of SEO (Search Engine Optimization) and will instead refer you to Wikipedia. Here’s the simple version: we were putting a lot of weight on the assumption that our content was discoverable to search engines. It’s a tactic that relies on Google to see our content, find is valuable, and rank it appropriately to match up with human intent as expressed in search terms. There is of course so, so, so much more— optimization, keyword research, readability, writing style, and beyond. But our strategy was implemented at scale, which means we should have been seeing something in terms of our rank. After all, we had almost 4,000 pages with decent content. But we didn’t see the numbers climbing. These pages were essentially “registered” and indexed. But it took us a while to realize the actual body of content was not being being Seen. The Internet was Gas Lighting us. Only pretending to care. Only pretending to see us.

This failure was highly technical and based on the framework we chose and the manner in which we implemented it. Ultimately, the failure was mine and it was costly. It was not the should-have-known-better failure of a coder or systems architect. It was instead a failure of leadership and a failure to validate the claims of others. I did clearly define goals and objectives and provide paths to measure success. I was so focused on rolling out DatePerfect’s solution “at-scale” that we also lost sight of the QA and testing that would normally accompany this type of development. We built things from scratch when we could have used out-of-box solutions, trust was placed where it should not have been, we scaled too quickly, the list goes on.

As a result, we lost many, many months of time and tens-of-thousands of dollars. At the time of writing this, we are still not profitable or capitalized for critical growth, so it is truly too early to tell if these organizational and personal failures will mean the end of DatePerfect. As we picked up the pieces to rebuild our strategy, a light at the end of the tunnel did start to emerge. No, it wasn’t a train or a gas light; it was hope. It was DatePerfect’s API, DateData.com.

Something in our entrepreneurial DNA knew that an Application Programming Interface (API) would be key. We saw how parsed development and communication between disparate but adjacent components of a total system would be essential for the kind of scale we’d always envisioned. We wanted to make it “easier to develop a computer program by providing all the building blocks, which are then put together by the programmer.” In the simplest terms, our database meant we did not need to start over. Our greatest company asset was protected and was somewhat hardened from the failure I was describing. It was ready to be tapped anew at a fraction of the cost and time that it took us to get here in the first place. All was not lost, but still, we were far from a victory.

While those words might call to mind images of Bruce Willis in a nun’s costume, what I have in mind is decidedly better. (Unless, of course, that’s the specific thing that gets you going, in which case I’m pretty sure there’s a dating site for that.) It turns out that my former experience building hardened systems for telecoms, governments, and militaries gave us a framework to contain our massive Dating Platform. From the onset, DatePerfect had aspirations to be much more than just a list of dating sites. I can’t get into all of them here. But they are they are grand, bordering on maniacal.

That’s why we started building for long-term value and prepared for long-term growth early on. It’s been called “pre-scaling” and is frowned upon by many people, most significantly in our story by my financial advisor. The mistakes listed above meant that the early revenue we had counted on was now nowhere in sight. We also hadn’t been working to raise money, as we should have been if the long-term value was the only game plan.

I essentially sold my house to start DatePerfect and, in that context, we were essentially down to a “half bath.” We made a bet and while we hadn’t yet lost, there was no arguing that we were indeed loosing. We had so much and so little at the same time.

Click here to read the next installment: COMING SOON, 7. I took a writing break. I’m back. Hold me accountable.

Jonathan DeLong
Jonathan DeLong is hooked on tech, and has been working with startups and entrepreneurs for the last decade. With experience building global cross-functional teams for enterprise and infrastructure providers, to seeing garage-based startups from their ‘fast-pitches’ thru launch, he truly believes anything is possible. Often giving his time freely to both emerging entrepreneurs and philanthropy, Jonathan’s heart is as big as they come. When not deep in strategy and API based business models, you will find him swimming, on a road bike, or simply traveling globally. A San Francisco native and a graduate of the University of California in Santa Barbara, Jonathan currently lives on a sailboat in Oakland, California. Learn more on Jonathan's founder's blog: https://dateperfect.com/category/hot-topics/founders-blog